Noted: New Name and Logo for Stellantis by Publicis Group 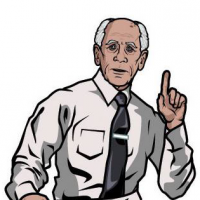 “Written in the Stars”

Relevant quote
STELLANTIS is rooted in the Latin verb “stello” meaning “to brighten with stars”. It draws inspiration from this new and ambitious alignment of storied automotive brands and strong company cultures that in coming together are creating one of the new leaders in the next era of mobility while at the same time preserving all the exceptional value and the values of its constituent parts.

The name’s Latin origins pay tribute to the rich history of its founding companies while the evocation of astronomy captures the true spirit of optimism, energy and renewal driving this industry-changing merger.

The old logos were fairly catastrophic — perhaps that’s why the two companies merged, ’cause it seemed easier than salvaging those two things — with FCA leading the way in catastrophic-ness. The new name and logo are not a whole lot better, unfortunately. On the name, I can give them props for going philosophical and aspirational with a Latin-inspired name but it’s simply too long, too unrelated to cars, and, in the end, a little too pretentious. “FCA” and “PSA” weren’t great names but they sounded corporate and that was fine… this sounds like it’s trying way too hard to be perceived as something more meaningful than a big-ass car corporation and it’s not really that enticing. The logo arguably looks fine at first glance but it’s a bit of a wreck, starting with the misguided approach of making the letterforms so wide and so spaced out to turn the already long name into very, very, very long logo. Standing out like a sore thumb is the “A”, which I guess is meant to look futuristic but it just looks out of place in a wordmark that already looks out of date despite its intention to be forward-looking. I mean, it’s not a horribly offensive logo but it’s definitely not good by any means either. One important thing to know is that the consumer brands of Peugeot, Fiat, and Chrysler will continue to exist and Stellantis only applies at the highest corporate level which is good because that means most of us won’t have to deal with this.